Interesting times ahead for CODM fans as Regional Playoffs to kick off! Call of Duty Mobile World Championship 2021 is finally here. Stage Four of Call of Duty Mobile World Championship 2021 – Regional Playoffs is scheduled to kick from 21st August and shall continue till 19th September. What’s more exciting a piece of news for the players & professionals taking part in this stage of the tournament is that, this time around there are more than $2 Million in prizes up for grabs. Surely a very good incentive to sweeten the deal for the competing players to strive harder and becoming better than the rest!

The schedule for Call of Duty Mobile World Championship 2021

The regional playoffs for the Call of Duty Mobile World Championship 2021 shall include the tournament being held in the five different regions of South Asia & Middle East (SAME), Latin America (LATAM), Japan (JP), North America (NA), and Europe (EU).

The tournaments kickoff with the competition being first held in the region of South Asia and Middle East (SAME) from 1 P.M. IST (12:30 A.M. PT). The matches shall last two days for 21st August and 22nd August.

We move on with the championship to the eastern country of Japan (JP), where the tournament shall be held for the dates of 27th August to 29th August. The matches shall be broadcasted live on the official Youtube channel from 11:30 A.M. IST (11 P.M. PT).

Next up, we have the countries from the Latin America (LATAM) region taking the third leg of the Call of Duty Mobile World Championship forward. The tournament here shall be held for a period of two days for 28th August and 29th August. The matches here can be viewed live here in India at 8:30 P.M. IST (8 A.M. PT).

Further down the line, we have teams from the North America(NA) region taking part in the competition. These matches shall be held for the two days of 4th & 5th September. On YouTube, they can be broadcasted live at 10:30 P.M. IST (10 A.M. PT)

Bringing up the last leg of the tournament, shall be the teams from the Europe (EU) region. This phase shall also be held for a period of two days time, for 18th September & 19th September. It shall be held at  7 A.M. PT and will be broadcasted live here in India at 7:30 P.M. IST. 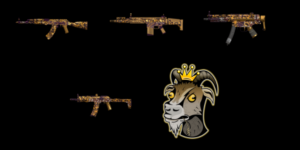