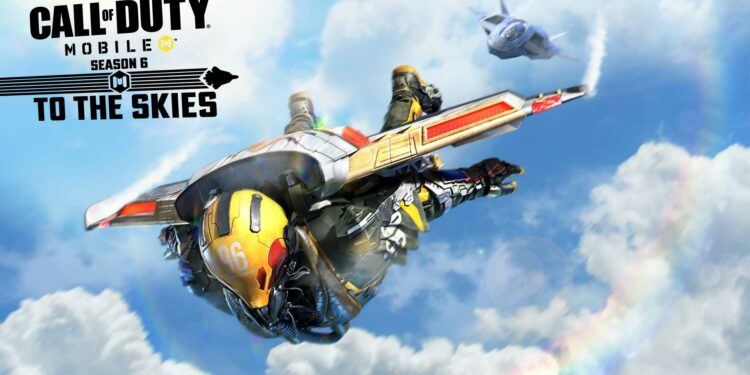 Favela from Call of Duty: Ghosts is now available in multiplayer. It’s a “multitiered environment set in the slums of Rio de Janeiro” where players can engage in close-quarter duels. Season 6 battle pass includes a bunch of free and premium rewards like new operators, weapon blueprints, calling cards, Charms, COD Points, and more.

Announcing #CODMobile Season 6: To the Skies!

Pilot the new battle-ready Jackal in Battle Royale, outmaneuver the enemy in MP Favela, and get your hands on a new weapon in the 50-Tier Battle Pass.#CODBlog Intel Here: https://t.co/CixfW7LKwv pic.twitter.com/tiBanu6AEn

Pilot a fighter jet in Call of Duty: Mobile

Season 6 is introducing players to a new two-seater fighter jet in Battle Royale called Jackal. This high-speed fighter jet is available on the Isolated map and is armed with missiles, flares, and an automatic cannon to rain destruction upon enemies. Players can find Jackal by heading towards a landing strip. There are only a handful of these machines so you’ll need to be quick if you want to soar in one. “Each Jackal is parked on a landing strip. Set a waypoint near one and deploy toward its location, watching for enemy Operators doing the same. There are only a few jets available in each match,” Activision says in the blog post.