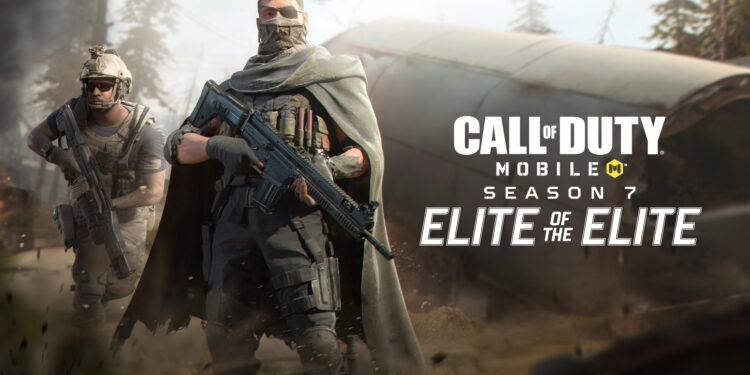 As we all have previously experienced, Call of Duty Mobile, in each seasonal update has quite a number of events lined up to be released all throughout the month. Early September, Call of Duty Mobile announced new in-game content to keep the players hooked to the game.

One of them is this month’s exclusive featured mode titled the ‘Cyber Attack‘ event. The other in-game content to have been released is the exclusive Battle Royale mode- ‘Solid Gold’. Let’s have a look at each of the two in-game goodies released today one by one.

This particular event offers players a free epic skin – the ‘Zero Dark Ops’ as well as an epic weapon blueprint – the SKS – Technic Turret. The way to go about this playable event is really simple and user-friendly. All that the person playing the game needs to do is play either Multiplayer matches or Battle Royale in order to gain XP for the character.

Once you have a substantial amount of XP earned throughout the day, you can use those points to strengthen Zero and increase her level. Each time a player uses their XP to strengthen the character, they will be awarded with a random reward. The stronger she is, the better chance you have of getting a better reward. Rewards which have been acquired once previously shall not be repeated, and thus your chance of getting rarer items increases manifold.

There is a cooldown of 6 hours before you can send out your character on the next mission. The more missions you send Zero to, the stronger she gets. You will notice a progress bar indicating how much strength she has gained. Once the bar fills up and all the missions have been completed, you will be able to unlock Zero – Dark Ops for free.

In Season 7, Elite of the Elite in Call of Duty Mobile, Activision have released an exclusive, never-seen-before Battle Royale mode, in order to keep things fresh and new.

Solid Gold is a fun game mode to play as you do not need to worry about the kind of weapon you possess and the level of the weapon, as it only offers the best of all weapons. In this mode, only legendary weapons (which come with a Golden colour)  will spawn on the map.