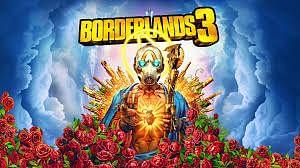 Borderlands 3 is set to get free upgrades when it releases on Xbox Series S, Xbox Series X and PlayStation5.

Borderlands 3 developer- Gearbox Software has confirmed that the game is in developement for PlayStation5 and Xbox Series X. Many plans and new features were announced for Borderlands 3 at the PAX Online 2020 showcase.

The game is developed by Gearbox Software and published by 2k Games. The game was first released on 13 September 2019 for Microsoft Windows, PlayStation 4, Xbox One and Apple macOS. A Stadia port was released later on 17 December 2019.

Additional updates include new skill tree for all Vault Hunter classes and more purchasable content. FL4K gets a new pet, a Hyperion Loaderbot with combat options like “range-based ION Loader, which fires slow-moving projectiles can be shot to create powerful shock novas; the BUL Loader, which charges enemies and knocks them into the air with its shield (or just roundhouse kicks them); and the WAR Loader, which packs an incendiary shotgun, can toss grenades, and unleashes homing missiles on command”

A lot more in store

A release date for Borderlands 3 on the next generation of consoles is not yet announced. Till then, players can enjoy the game on PS4, Xbox One, PC, macOS and Google Stadia.

News about Borderlands 3 cross-play can also be expected next year.