BlueStacks created a reputation for itself by allowing Android games to run on PC. Recently, in a major development, the company has launched BlueStacks X, a free cloud-based gameplay streaming solution for mobile games.

It is the world’s first cloud-based game streaming service for mobile games, according to the Palo Alto, California-based business. The new service provided by the company runs on Windows 10, Windows 11, Mac, iOS, Android, Chromebook, and Raspberry Pi. It is the only cloud gaming service that provides free mobile game streaming across platforms and devices.

The cloud is based on hybrid cloud technologies developed in collaboration with BlueStacks’ sister firm, Now.gg. The technology of hybrid cloud allows the cloud to offload sections of computing and graphics rendering to endpoints (mobile devices), thus lowering cloud costs considerably and allowing customers to take use of a free service.

The issue with cloud gaming is that it necessitates the usage of a large number of cloud servers in order to transmit data at a high rate to users’ devices. Computing takes place on the cloud rather than on the devices. Users will be able to play high-end games that are computed in the servers on low-end PCs, consoles, or smartphones, making it more convenient for them. However, this can become quite costly, especially if there is a significant cost for streaming to mobile devices across a carrier’s network.

The uniqueness lies in the facct in that it uses the device’s power — however limited — to conduct some of the computational tasks, reducing the amount of data that must be broadcast and computed in the cloud. This is where the implications of cost cutting gets implemented in the unique manner, which allows users access to the cloud gaming service for free.

“Our endpoint is capable of doing some work. So whether it be graphics or compute the cloud, we offload some of the work to the endpoint. It brings down the big cloud cost a lot. So that’s the key innovation that enables that to be a free service, in addition to using the cloud.”

Achievements and official release of BlueStacks X in the market 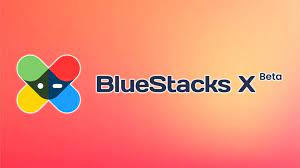 The BlueStacks App Player, the company’s first product, just surpassed a billion lifetime downloads. BlueStacks X is an obvious next step for the company, since the hybrid cloud allows it to deploy the service at a reasonable cost. The company was able to concentrate on its new and upcoming cloud gaming service because of that early business, which grew organically.

On iOS, Android, Windows 11, Mac, Chromebooks, and even some smart TVs, BlueStacks X may be viewed via the mobile browser. On Windows 11, Windows 10, and older versions of Windows, native client of the service is available. Users of the App Player can also utilise the cloud service, which is accessible for free in 14 countries.

Over 200 games are presently available in BlueStacks X beta version, with more being added every week. The service includes a large selection of role-playing and strategy games, with more genres being added as time goes on. The firm employs over 400 workers.

In 2020, gamers from 100 countries across six continents will use BlueStacks to play more than six billion gaming sessions across 70,000 different titles.

Call of Duty: Warzone to get a new map similar to Call of Duty Black Ops Cold War in April