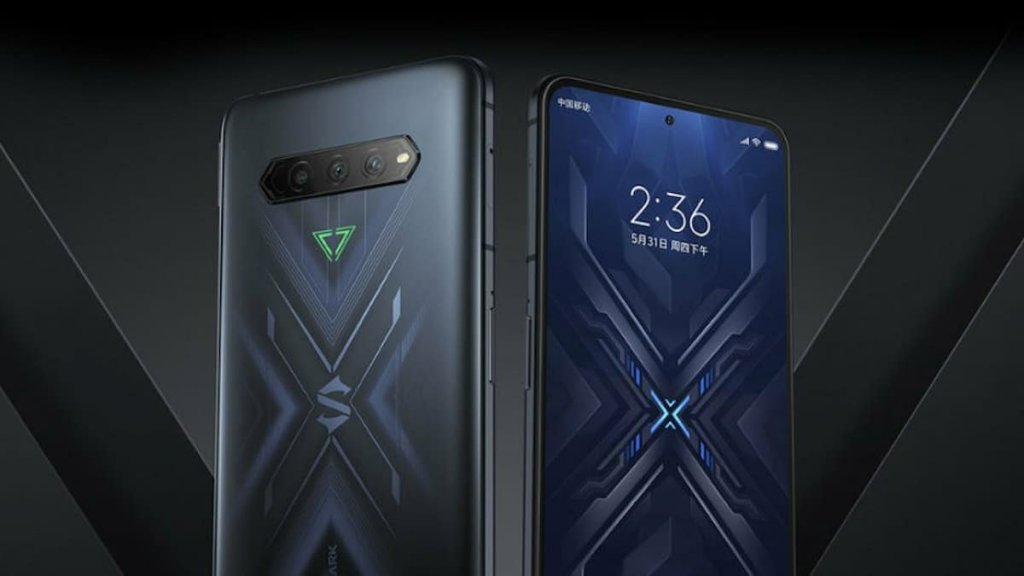 The more budget oriented Black Shark 4 gaming smartphone features the Qualcomm Snapdragon 870 SoC, which is quite a capable processor. The phone comes in 3 RAM configurations- 6GB, 8GB and 12GB, along with 128GB and 256GB storage choices.

It features a 6.67-inch full HD+ display with 144Hz refresh rate and 720Hz touch response, which is something that Black Shark is giving major gaming importance to. The display has a punch-hole slot for the front camera, and to the rear, it gets a 48MP + 8MP + 5MP triple rear camera setup.

The rear panel of the Black Shark 4 features a plain, glass design, as well as colour variants with X-shaped patterns without any RGB lighting, which we all know makes for better gaming performance.

It features a 4,500mAh battery with support for 120W fast charging, which Xiaomi claims can charge the phone to full in just 15 minutes. It gets physical shoulder triggers that can be used for gaming, or also be configured for custom use cases. Similar trigger buttons were seen on Asus ROG gaming smartphone models.

It gets the same display as its standard variant, and also the same battery specification.

The rear camera configuration features the same triple-camera layout but features an upgraded 64MP primary sensor. Its rear panel features X-shaped patterns that have inlaid RGB lighting to give it a stealthy look despite being a gaming phone.

Both the smartphones offer a 3.5mm audio port.