BGMI 1.5 update goes live with Mission Ignition mode: All you need to know

One month after its launch, 'India ka Game' BGMI rolls out its first content update. 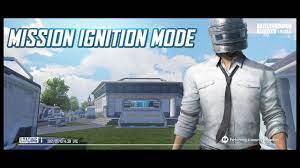 Game developers Krafton are living up to their standard and are setting up a new reputation for themselves by working above and beyond to keep the Indian community engaged in Battlegrounds Mobile India (BGMI) released last month. They released their new game’s first update on 13th July on the Google Play Store and was eventually available to all android users in the country depending on the make and model of your device. This comes just a few days after a similar update was rolled out for the PUBG Global version.

Content Changes – What all is new and what to expect

As the title goes, the Mission Ignition mode has been launched into BGMI and shall be available for a limited period of time. A significant thing to take note of is, that this new playable mode has been released under the category of EvoGround.  Traditionally speaking, this gameplay mode doesn’t count towards influencing your rank points, but upon the release of Mission Ignition, that particular detail has been changed. Now, upon playing Mission Ignition, you can gain points in the same manner as if you were playing any one of the classic maps.

Mission Ignition in BGMI offers a new revamped version of the classic map of Erangel. Undergoing a major infrastructural haul by the technological company DynaHex, Erangel has been given a facelift into a futuristic, technological setting. Some of the infamous locations on the map, for instance, Pochinki, Military Base, and  Yasnaya Polyana have been given a completely new futuristic look and a different name for each of these locations. The names of these locations can be seen in 3D from the airplane itself. 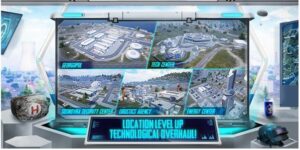 Another very exciting feature that members of the Indian gaming community were doubtful as to whether it will be released in BGMI was the inclusion of the Tesla motor manufacturing centre. Here, one can get a brand new Tesla car designed from scratch. 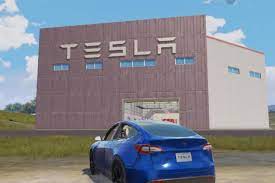 A few other features to have been added include a new system of traversing across the map. A certain kind of monorail called the Hyperline has been added, as a completely self-sustaining system that runs on autopilot. It has set pathways and routes through which it travels, while also stopping in between at designated stops for a small period of time. A new vehicle called the anti-gravity motorbike has been introduced in Krafton’s effort of making it look as futuristic as possible. 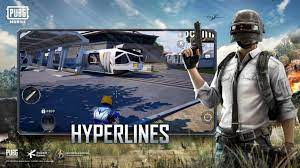 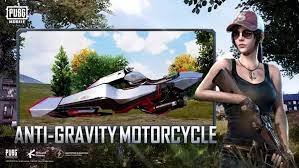 A new very exciting development that has been added to BGMI’s Mission Ignition is another mode of transporting yourself from one part of the map to another. On certain locations of the map, a kind of technology termed Air Conveyors has been installed. These mechanisms can be used by players to launch themselves into the air, and they can glide for some distance before being dropped back onto the ground by the deployment of their parachutes. Essentially, adapting to this tactic can be very helpful if say, you were escaping from the blue zone or had to immediately get yourself transported to your squad to provide urgent backup. 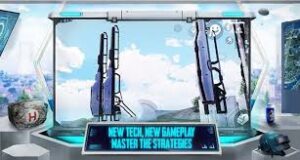 Tesla trucks have been deployed on the more rural roads of the map, which are loaded with some exclusive loot items and can be acquired by doing damage to the physical integrity of the truck which forces the containers to drop out one of those loot boxes. 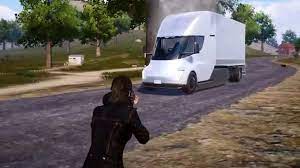 A few minor gameplay changes that have been added to the latest update of BGMI is that now healing items like the first aid kit and bandages can be thrown to teammates, a tactic that could prove to be the lifesaver if you were playing a duo or a squad match.