BGMI Launch Party – What and Whom to expect

In what can be said to be a very significant effort from game publisher Krafton, India experienced its first-ever virtual launch party to celebrate the return of the eponymous mobile gaming title of Battlegrounds Mobile India, the revamped version of PUBG Mobile. 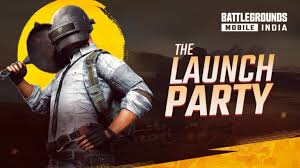 The launch party had its invitations going out to some of the biggest names in the Indian Esports Scenario and had a total of 18 teams participating in the tournament, led by their respective squad captains, some of them were Mortal, Dynamo, Antaryami, Maxtern, Godnixon, and Jonathan, to mention a few.

The hosts for India’s biggest Launch Party ever –

The tournament held over a period of two days, on the 8th & 9th of July brought with it an element of surprise when the total number of views well surpassed the 25 million mark across all platforms and all languages. This immense support garnered from the masses proves that Indians have been very eagerly waiting for the relaunch of the very famous and very entertaining mobile game Battlegrounds Mobile India.

The tournament carried with it the immense pool prize of ₹ 6,00,000. The first prize was grabbed by the winners’ Team Snax who were rewarded ₹ 3,30,000 while the runners-up and third position was taken up by Team Kronten and Team Ronak, taking home the prize money of ₹ 1,50,000 and ₹ 1,00,000 respectively. 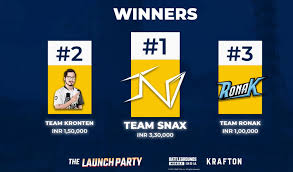 The launch of the new game being endorsed by a tournament of such a big scale indicates that this game has huge potential for boosting the Esports Scenario even further in India.

Rocket League Patch 1.92 update is out now with a new limited time mode and lots more!