Wait’s finally over as BGMI for iOS drops today The much awaited development for the Indian gaming community is finally here! PUBG Mobile or the currently renamed Battlegrounds Mobile India as it’s now called, has it’s biggest community here in India. The whole country was taken up in the fervor of excitement when the game officially released on Google Playstore on July 2nd. But unfortunately enough, the country soon realised that the excitement would only be limited to the Android users.

And even though Krafton organised the game’s official Launch Party comprising of popular streamers and professional gamers of the country, Krafton kept a wrap on any progress regarding the development of the Apple version of the game, leading upto it’s official release.

The woes regarding the unavailability of Battlegrounds Mobile Version for iPhones was taken care of today, as Krafton finally decided to meet the expectations of the other half of all BGMI enthusiasts in the country. The official version of iOS drops exactly 46 days after the launch of the game for Android, on 2nd July. 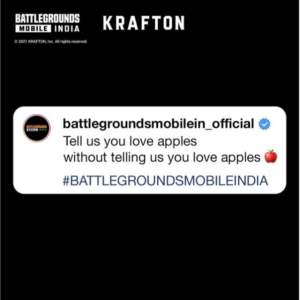 In another very exciting news, albeit related to the android version of the game, yesterday marked another milestone for the game as total downloads surpassed 50 million. It is pretty exciting for the game to have broken all official records just on the Android version, while it remains to be seen the number of downloads it reaches for Apple ecosystem.