Battlegrounds Mobile India Series 2021 – All You Need To Know 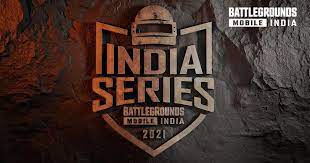 The tournament all of India is gearing up for!

Significance of the tournament –

Following the immense success of the first-ever launch party hosted last week consisting of streamers and professional players, Krafton took the Indian gaming community by storm once again by announcing India’s first-ever exclusive official tournament. Titled the Battlegrounds Mobile India Series, this tournament is bound to provide a very significant boost to the upcoming Esports culture in our country and shall be bigger than ever, owing to BGMI being the first-ever game to be developed exclusively for the Indian gaming ecosystem.

Krafton released its official statement on its social media handles of Instagram and Youtube simultaneously today, providing the gaming community with the details of the tournament and the roadmap.

The format and roadmap for Battlegrounds Mobile India Series-

Registrations start soon, on the date of 19th July. For the in-game qualifiers, each of the registered squads with their designated team members is to play 15 matches each. At the end of the 15 match cycle, the top 10 matches from the total played matches of fifteen, shall be considered for evaluation. It is on these ten matches that your ranking will depend. In case of a tie with another squad(s), parameters such as accuracy, survival time, and finishes shall be considered.  This particular cycle is to last from 2nd August to the 8th of August. Only the top 1024 teams from this stage shall move onto the next stage of online qualifiers.

This stage of Battlegrounds Mobile India Series shall be divided into three separate rounds and as it progresses from one round to another, there will be a decrease in the number of teams qualifying for the next round. Of the 1024 teams going into round 1, only 512 teams shall be qualifying for round 2. For round 3, only 224 teams from round 2 shall qualify for round 1, along with 32 other invited teams. This stage shall last from 17th August to 12th September.

The 64 teams qualifying for this stage of the tournament shall be divided into 4 groups. Each of the top 4 teams from each group shall be moved directly into the semis while the rest remaining teams shall be put into the losers bracket.

in the losers bracket, the three groups consisting of 48 teams shall fight it out and two teams from each group shall get a chance to redeem themselves by gaining a slot in the semis. Along with this, two teams with the maximum number of finishes shall also proceed into the semi-finals. Thus, a total of 8 teams from the losers bracket shall get a chance to prove themselves once again as they head onto the next stage of the tournament. This stage shall go on from 16th September to 26th September.

Starting from 30th September to 3rd October, the total 24 teams qualifying for the semis shall be divided into 3 groups, and each group will compete against each other in a round-robin format. According to the round-robin format of this stage, it means that each team shall have to meet every other team and compete to position themselves among the top 16 teams.

Held over a period of three days from 7th October to 10th October, the top 16 teams shall fight it out to clinch the number one position and become the champions of Battlegrounds Mobile India Series 2021. A total number of 20 matches will be held, and the squad that has the highest cumulative score among the top 16 shall be declared the winner of this grand exclusive India-oriented tournament, the Battlegrounds Mobile India Series.

Other than the prizes being available to all the top 16 teams, separate cash prizes have been reserved for individual players as well. For the MVP of Battlegrounds Mobile India Series, the massive cash prize of ₹ 1,00,000 will be awarded. Similarly, going forward, the titular positions of Lone Ranger, Rampage Freak, Redeemer and Most Finishes by a Squad shall each carry with it a cash prize of ₹ 50,000.