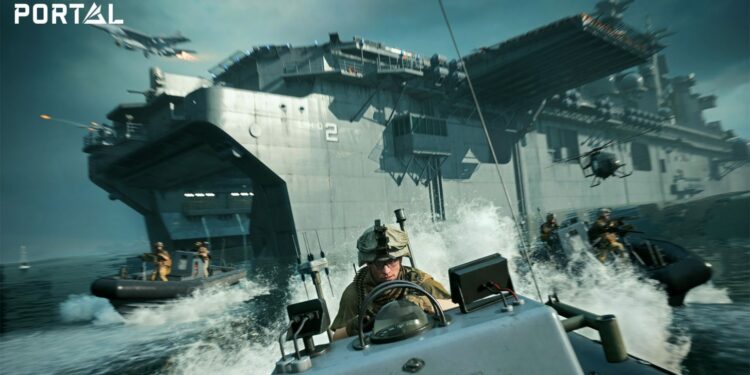 Battlefield 2042 just got a lot more exciting as EA announced the third game mode at the EA Play 2021. Battlefield Portal is the newly announced game mode and it’s essentially a community-driven, creation suite where players can be at their creative best and make their own battlefield with a variety of transport vehicles, weapons, classes, map locations and more.

#Battlefield Portal – a love letter from us to you.
💌 https://t.co/IwG8bla5UN pic.twitter.com/XZUWJ7TaHq

Justin Wiebe, Senior Design Director at Ripple Effect Studios says “Battlefield Portal is a love letter to fans and creators. This creative suite will give the community more opportunity than ever before to create their own spin on the Battlefield experience.”

Apart from Battlefield 2042 content, this game mode will also include maps, weapons, vehicles, and more from previous Battlefield titles like Battlefield 1942, Battlefield: Bad Company 2, and Battlefield 3 all with enhanced visuals. This sandbox mode will allow players to mix and match with various elements of the Battlefield games. Players can also create community experiences and run custom games or modes like Conquest, TDM, Rush, and more.

For those with the knowledge of visual scripting logic, EA has introduced a Logic Editor where you can “use streamlined visual scripting logic to have even more control when it comes to creating your experiences.” This means you will have more customization options as it’ll allow you to create a battlefield and define victory parameters, rules, and more on your own terms. The game is available for pre-order and is scheduled to release on October 22 for Xbox One, Xbox Series X/S, PlayStation 4, and PlayStation 5, and PC through Steam, Origin, and the Epic Games store.