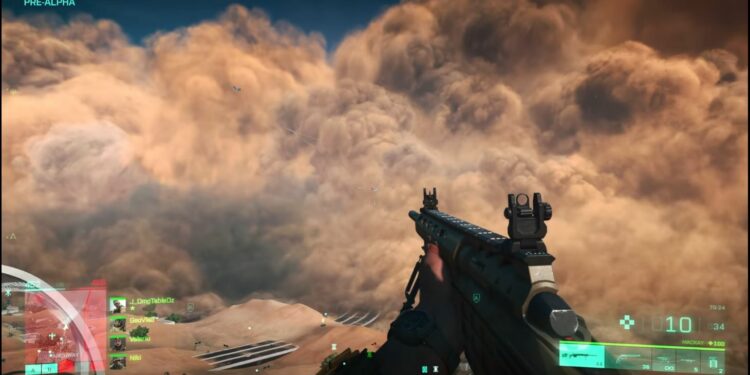 EA revealed that the open beta for Battlefield 2042 will go live in September. The announcement came in during the EA play showcase on Thursday. EA Play subscribers and pre-order customers will get exclusive early access. The game comes this October on PC and major consoles priced at $60 or 3,000 INR.

Since Battlefield 3, EA has given open beta access to players who are yet to purchase the game. The tact is to draw in more players into the game post-launch as they are inclined to make the purchase once they have a feel of the game. It has worked well so far with more players who tried the beta eventually purchasing the game. Battlefield Portal gives players a sandbox environment to create custom game modes. The Community-Driven platform gives the tools to gamers to express themselves with unique game designs. Players get to add a taste of their own to their beloved Battlefield games with the portal, they get to make their own rules, design maps, tweak outfits, select arsenal, and more.

The builder gives players creative freedom to design levels as they please while also building a community around the same. The best-rated game modes from the portal will be featured and there is also shared progression between the game and the portal, meaning the experience gained from multiplayer games will translate to Rank and Battle Pass progression.

The all-out warfare game mode will consist of 128 players battling it out on a map with dynamic weather conditions and references to world events. The fan-favorite Conquest and Breakthrough modes will return to Battlefield 2042 with an extended map to accommodate 128 players. EA has also teased a new fast-paced, intense game mode called Hazard Zone but is yet to reveal more on that.

The game is being developed by DICE studios in collaboration with the newly formed studio Ripple Effect on the Frostbite engine.