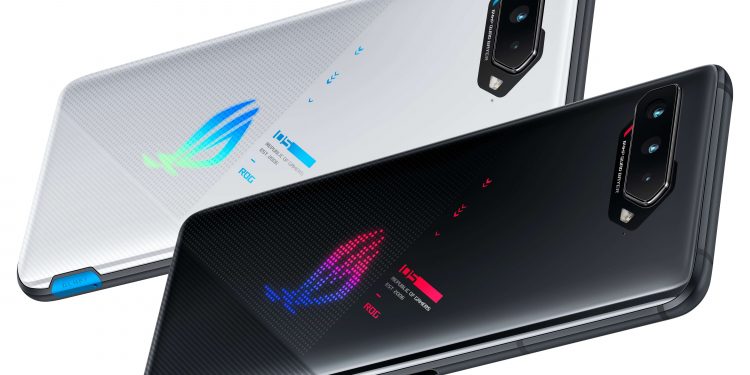 Asus’s highly awaited gaming smartphone, the Asus ROG Phone 5 has finally launched globally. The smartphone is the successor to the ROG Phone 3, which was quite a breakthrough in mobile gaming technology. Asus’s new gaming flagship smartphone pushes the limits and strives to give users a better mobile gaming experience. In fact, Asus has launched a set of 3 smartphones- ROG Phone 5, ROG Phone 5 Pro and ROG Phone 5 Ultimate.

The smartphones come with a range of top of the line gaming features, and a set of high end specifications that make them powerful all-round performers- at least on paper. Now that the phones are finally out, here’s a look at their specifications, and all of the gaming centric features. Mobile games these days have become quite demanding, and in that light, all 3 Asus ROG Phone 5 come with a set of powerful specifications. All three newly launched gaming smartphones have the same SoC and GPU- a Snapdragon 888 and an Adreno 660. The phones all have an AMOLED HDR10+ 6.78-inch FHD+ screen with a 144Hz refresh rate panel- a display which will immerse you in gaming, and bring to life even the smallest of details. The 144Hz refresh rate will be especially beneficial while playing multiplayer games.

When it comes to RAM size and internal specifications, you can tell the phones apart- the standard ROG Phone 5 will come in two variants- an 8GB + 128GB variant and a more powerful 12GB + 256GB version while the ROG Phone Pro will come with a 16GB RAM and 512GB internal storage. Furthermore, the limited edition ROG Phone 5 Ultimate will come with even faster 18GB of RAM, which means you can expect top notch gaming performance. All the 3 phones come with fast UFS 3.1 storage for quick access to internal applications.

One of the key features of the phone is that it comes with overall improved cooling. This helps the phone perform better in a number of situations, especially in demanding games. Apart from that, the AirTriggers have been improved as well. The ROG Phone 5 series supports a total of 10 different motion controls so that gamers can easily set controls that suit them. In a racing game, for example, players can swivel the phone to steer or pull it towards them to brake.

Furthermore, the phone has a gamer tuned software so that the phone can put all its resources into giving you impressive gaming performance.

All three phones have the same triple camera setup at the back with a 64-megapixel Sony IMX686 main sensor along with a 13MP wide and a 5MP macro, along with a 24MP high quality camera on the front.