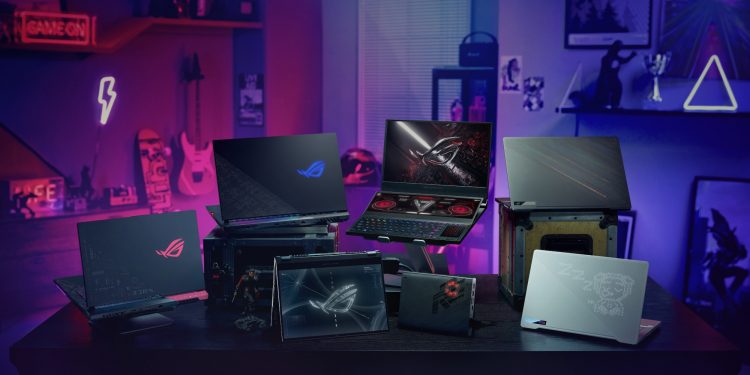 Asus has launched a slew of new Republic of Gamers Strix series gaming laptops in India. These laptops are the top of the line in gaming technology and will come equipped with high end features. Asus has not only launched ROG Strix laptops, but also other Strix gaming peripherals such as top of the line gaming monitors and a gaming desktop system. They come equipped with powerful new GeForce RTX 30 Series GPUs and Ryzen 5000 H Processors that help the hardware reach its full potential with newly redesigned fans and other cooling upgrades. The laptops can be maxed out with 32GB of RAM and 1TB of internal NVMe SSD storage.

Both, Strix SCAR 15 and 17 are the first in the Strix series to come with an optical-mechanical keyboard. Incidentally, with a tap, the touchpad turns into an illuminated numpad for intuitive input on 15.6” models.

These are two laptops that are geared towards more casual gamers. The laptops come in two sizes a 15.6-inch screen size and a 17.3-inch screen. The laptop’s performance rivals that of the SCAR series, with the top configuration featuring a Ryzen 9 5900HX processor and GeForce RTX 3070 GPU backed by 16GB of memory with and up to 1TB of NVMe solid-state storage.

These laptops also come with 300Hz refresh rate displays, which enhance the gaming experience, especially in multiplayer and competitive games.

The Asus TUF A15 is the most value for money option. It comes with a 15.6-inch screen which is optimal for gaming, a 144Hz refresh rate screen, which is better than a regular 60Hz screen. Under the hood, the laptop packs an RTX3060 GPU, an AMD Ryzen R7 – 5800H. The laptop will come with up to 32GB of RAM.

Nvidia’s GeForce Special Event promises a new era of Ampere GPUs; could it be the RTX3080?