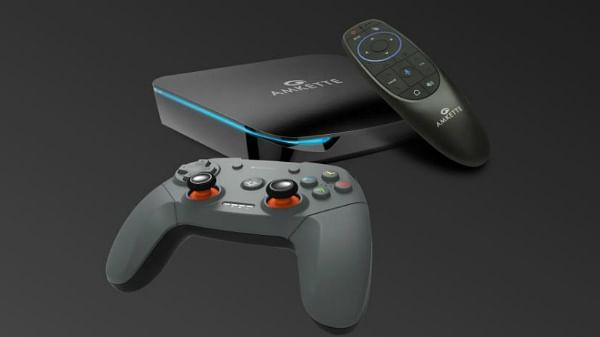 While most gamers are running from pillar to post trying to find one of the next generation consoles- the PlayStation 5 and the Xbox Series X and S, there’s a new player in town. Amkette has come out with a 4K ready console called the EvoFox Game Box. While the EvoFox isn’t all that powerful or technically advanced, it comes at a very reasonable price, allows you to play games in 4K resolution and comes pre loaded with more than 100 retro games.

To help gamers get the best performance out of the console, the EvoFox Game Box runs on a custom Android 9 OS, which has been optimized for the purpose of gaming. Along with that it is also packed with an A55 quad-core ARM processor.

Since the EvoFox Game Box from Amkette runs on an optimized Android 9.0 operating system, you can go ahead and play almost all games from the Android Ecosystem.

Along with 100 retro games such as PAC-MAN and Super Mario Bros, it also comes with 20 Android games installed in the system itself, which can run at 4K resolution.

Using Amkette’s own third party online store, you can go ahead and download more games built specifically for this console. Interestingly, the functionality of this console doesn’t stop at gaming.

According to the company, it can also act as a multimedia centre for your home as it grants you access to a wide variety of online streaming services, and comes with a smart remote to help you navigate to whatever you want to watch.

In the box, you also get a controller to play games with and it has a rather familiar layout, with the analog sticks placed at the bottom, buttons on the left and right, and trigger and shoulder buttons.

The Amkette EvoFox Game Box has launched in India at a price of INR 9,999. For now, during the launch period, Amkette is giving potential buyers a discounted price at INR 8,999. The console is available to buy right now on Amkette’s own website as well as Flipkart.