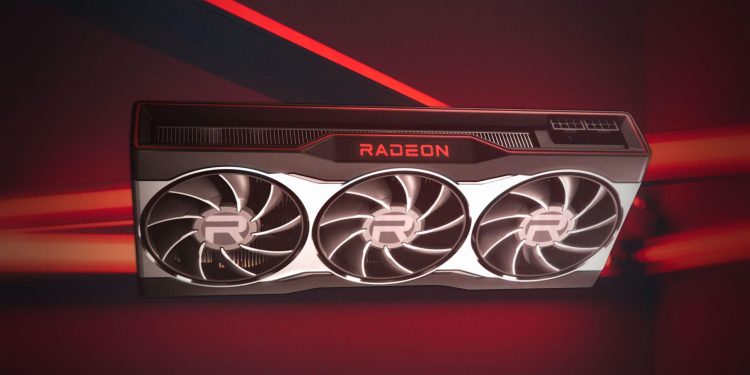 There is no doubt that this year has had some major and exciting product launches for gamers. We’ve seen Nvidia announce its new RTX 3000 GPU range and the Xbox Series X and Playstation 5 consoles hit the shelves next month. Today AMD is joining the fray of major gaming-related launches by announcing its new Radeon RX 6000 series of GPUs.

The three GPUs are based on the new 7nm AMD RDNA 2 gaming architecture. The new architecture provides up to 2x improvement in performance over the previous generation AMD flagship. One source of the improvement is something called “Infinity Cache,” essentially 128MB of on-die cache to reduce latency in GPU processing. The company isn’t providing many other specifics on how it’s achieving these gains.

AMD is also introducing “Rage Mode” with its new cards, which is essentially one-click overclocking to boost performance. And if you’ve got a Ryzen 5000 series CPU, you can also take advantage of “Smart Access Memory” to give the GPU better memory performance with the CPU.

Ray tracing will likely be the one most were looking forward to. AMD announced a handful of titles that will be available soon that support ray tracing on AMD cards, although technically nothing really stops the existing titles such as Control, Metro Exodus, Battlefield V, etc.

Let’s have a look at the specs prices and availability of the newly launched AMD GPUs and how they stand up against Nvidia’s RTX 3000 series.

From AMD’s own tests, it looks like the AMD Radeon RX 6900 XT does a good job of matching the RTX 3090 in most games, offering better framerates at 4K and at the highest graphical settings.

The RX 6800 XT will be AMD’s new high-end graphics card aimed at gamers who want to experience. These are the AMD RX 6800 XT specs:

AMD claims in it’s charts that the Radeon RX 6800 XT performs about on par with the Nvidia GeForce RTX 3080, even outperforming it in some cases.

The Radeon RX 6800 is set to be AMD’S most affordable graphic card which will offer highest value for money and will be a viable option for budget gamers. These are the AMD RX 6800 specs:

AMD claims in its charts that the 6800 is faster than the RTX 2080 Ti, which has similar levels of performance as the RTX 3070. However, we would take this chart with an even bigger pinch of salt as it makes use of Smart Access Memory.