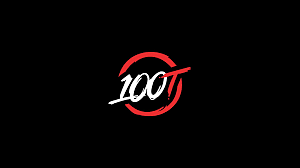 100 Thieves, the North-American organization has decided to withdraw from the Counter-Strike scene according to a report by HLTV. 100 Thieves has a presence in esports titles like Valorant, LoL, and Fortnite and until now, CS:GO as well.

The team was in a bad shape since early 2020 and things went from bad to worse since the pandemic and reportedly, their star player Justin ‘jks’ Savage joining team Complexity.

100 Thieves stepped into the CS scene in late 2017. They signed the Brazilian roster featuring Lucas “⁠LUCAS1⁠” Teles, Henrique “⁠HEN1⁠” Teles and Vito “⁠kNgV-⁠” Giuseppe, the core of the Immortals lineup that had reached the PGL Major Krakow final earlier that year. Due to immigration issues, the team ended up missing ELEAGUE Major Boston and they were soon released from 100 Thieves.

The organization returned to CS:GO again in October 2019 and signed the Renegades’ lineup. The Australian team was in a good form back then having reached the semi-final at the Starladder-Major. They carried their form over into the new organization where they reached the final at IEM Beijing. Things went downhill from there as they struggled for form in 2020. Soon, their coach Chet “⁠Chet⁠” Singh decided to leave CS:GO for valorant and 100 Thieves CS:GO team was left without a coach.

The final nail in the coffin was hammered after the team’s top performer Justin ‘jks’ Savage’s transfers to Complexity.

100 Thieves is a big name in the esports ecosystem and their absence from CS:GO will be deeply felt. With this departure, 100 Thieves CEO Matthew “Nadeshot” Haag’s dream of building a “CHAMPIONSHIP-CALIBER ROSTER” will be left incomplete.