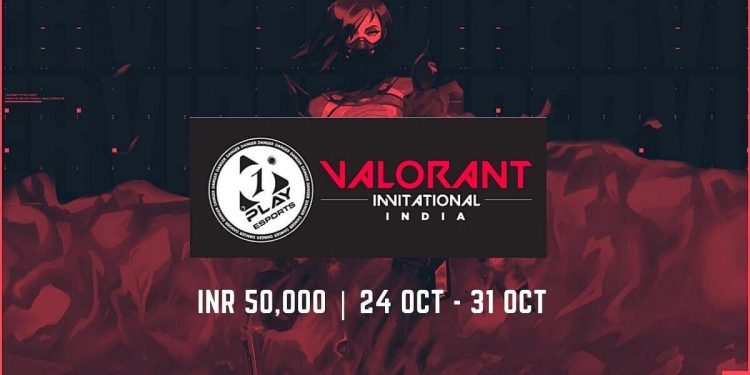 1 Play Esports- an organization based in Singapore, has announced its first competitive tournament for India called the ‘1 Play Esports VALORANT Invitational India where top 8 teams in India will be facing off against each other for a prize pool of ₹50,000.

1 Play Esports organizes grassroots level events in order to support local gaming and esports ecosystem. After having created a series of regular events in both Singapore and Indonesia for gamers across all levels in those countries, they now aim to replicate the same in South Asia.

The teams invited for the tournament are as follows,

Fans were expecting to see Velocity Gaming. But the org had declared that they will only be participating in selective international tournament.

These directly invited teams will compete in a single-elimination bracket where every match will be a best-of-three faceoff except for the finals which will feature a five-game series. The schedule of the invitational has been divided into three rounds taking place across two weekends as follows:

The ₹50,000 prize pool will only be divided between the top two teams with the winners walking away with ₹35,000 while the runners-up take away the remaining ₹15,000.